The Ayr Brewing Company is a 5 Barrel Micro Brewery situated in the heart of Rabbie Burns’ country.

A day late this week… 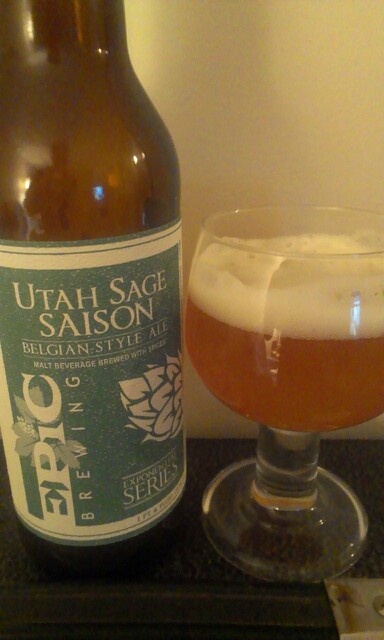 “Parsley, sage, rosemary and thyme…” So sang Simon and Garfunkel. The only thing this beer doesn’t have is parsley.

and the more refined Porter

You can find more of their unique beers here.

Here’s a suggestion from their page: 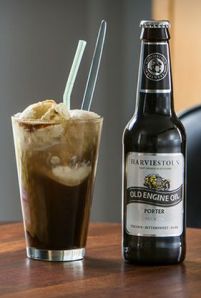 First brewed by Harvest Moon in 1997, this beer is a multiple award-winning dark ale brewed in the Burton,       England   style owing to the similarity of water chemistry in Belt compared to this classic porter producing area in England.  Plenty of body without a sharp bite, this ale is brewed with pale, caramel, chocolate and black malts to create a creamy, smooth, roasted, slightly chocolate tasting ale with a touch of hops in the finish.  This ale can be enjoyed in every season and is best when served cool, not cold.  And why the name?  While drinking this new brew one evening back in 1997, the local hog farmer showed up to collect our spent mash and we that what could be better for fattening pigs? – Harvest Moon Brewery

Check out their brews here

“After crossing the Bridge of Death, getting past the Rabbit of Caerbannog, avoiding flesh wounds from the Black Knight, and narrowly being rescued from Castle Anthrax (thanks a lot, guys), I, Sir Shane of the BeerGuys, have stumbled upon what could be the Holy Grail of Beers…literally.” – BeerGuysTV 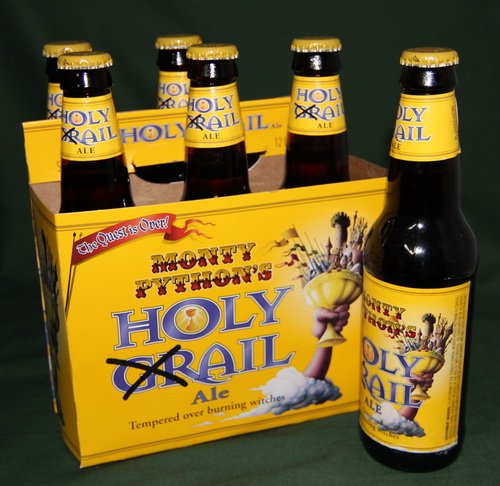 There, that beats Life of Brian…

Brewed by Black Sheep Brewery in the UK 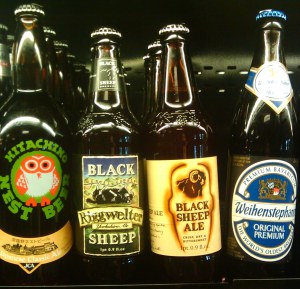 I missed last week; can’t remember why, but I having been thinking. Having said that…

Alarm bells should be ringing!

The current series of “Do they have beer in…” has just about run its course, there’s simply not enough strange places in the world left to surprise you with.

Which leads me to this juncture; a new theme.

Taking a look at individual beers with strange names, bottles, cool photos,  etc. Just because the beer features here does not mean that I have tried it, or indeed approve it. In fact it doesn’t even mean I have any idea what I am talking about… ah let’s move on. 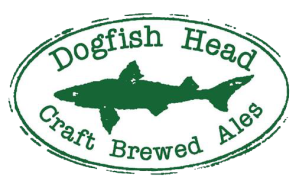 Danger Caps, why? Follow this link to WODZ OLDIES

Okay, so maybe we are a little nuts! We brew strange concoctions of beer, sell silly accessories with our name on it and have our own music group, The Pain Relievaz!

We like to keep it a little kooky and wacky around the Dogfish joint!” – Quote from the Dogfish site.

Please let me know, via comments, if you like/dislike/couldn’t care less about the new theme.

Do they have beer in…

The White House has released details of one of its most closely guarded secrets – the recipe for President Barack Obama’s home-brewed honey ale.

Mr Obama has been enjoying the occasional brew in campaign breaks

The beer is believed to be the first-ever made at the White House.

The recipe was kept under wraps until 13,000 people signed an online petition demanding to know it, and someone even filed a freedom of information request.

Mr Obama has been taking the beer with him on the campaign trail, and is said to be known to offer it to voters.

For weeks, the White House had refused to comment on the recipe, but the secret was finally aired in a blog post entitled “Ale to the Chief”.

“With public excitement about White House beer fermenting such a buzz, we decided we better hop right to it,” says the White House’s assistant chef Sam Kass, who brews the ale.

Although Mr Kass is the brewer, the White House stressed that it was Mr Obama who bought the equipment and pays for the ingredients out of his own pocket.

There is also a video on how the beer is brewed. “God, that is one incredible beer, if I do say so myself. America I wish everyone could taste this but we don’t quite brew enough,” Sam Kass comments at one point.

The BBC’s Zoe Conway says cynics may say there is more than a bit of politics in the mix.

One of the oldest political cliches states that people vote for the person they would most like to have a beer with – and Mr Obama’s rival in the November election, Mitt Romney, a Mormon, does not drink.

How many varieties of beer? 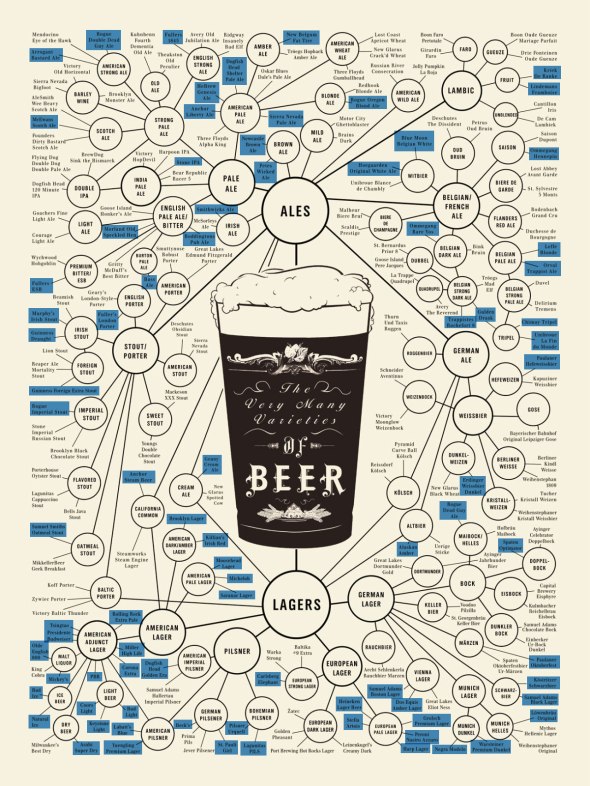 History gives us many strange names and, indeed, records and preserves history in doing so.

Such is the case with an ale named Pendle Witches Brew…

It is difficult to know exactly where the truth can be found amongst the tales and rumours. James I was king and having survived the gunpowder plot in 1605 – where Catholic plotters had tried to blow up the Houses of Parliament and destroy his Protestant rule – his fear of rebellion and a suspicious nature led to an obsession with witchcraft.

Lancashire, having long been a Catholic stronghold, was a fertile breeding ground for a series of events which, for some, led to the gallows. King James’s book ‘Daemonology’ showed local magistrates what to look out for when tracking down witches (the practice of witchcraft was now a capital offence). Local magistrates became fervent in their pursuit of witchcraft, knowing that convictions would find them favour with the King. When the Pendle Witches were put on trial, a London court clerk, Thomas Potts, was asked to make a record of the trial to send around the country as a warning/guide on finding evidence of witchcraft. In ‘Daemanology’, one of the techniques the King recommended for discovering witches was to find a devil’s mark on the suspect’s body. It was thought that the devil sealed his arrangement with witches by giving them an identification mark on the body. Today, such a mark would simply be seen as a scar or birthmark. Not so in the 1600’s where such marks were considered the sure sign of a witch.

1612 – AND ALL IS NOT WELL…. Two families, led by two old women – Demdike and Chattox – provide the most important and memorable of the reputed witches. The men of their families were dead and living a life of terrible poverty, they made a living by begging and finding whatever work they could. Alizon Device, Demdike’s granddaughter, tried her luck begging on the road to Colne. After a minor disagreement with a pedlar, she cursed him. A black dog then appeared and she ordered it to lame the pedlar who, paralysed on the left hand side, collapsed. Alizon was brought before the Justice, Roger Nowell, and confessed to witchcraft. Forced to give an account of her family’s activities, she related how Demdike had been asked to heal a sick cow which then died. She also told of how Demdike had cursed Richard Baldwin after which his daughter fell sick and died some time later. In addition, she spoke of her feud with the rival Chattox family and reported how Chattox turned ale sour at an inn at Higham and bewitched the landlord’s son to death using a clay image. On April 2nd 1612, Nowell ordered Demdike, Chattox and her daughter, Ann Redfearn, to give evidence. Demdike confessed to evil doings, claiming that the devil came to her in the shape of a little boy named ‘Tibb’. Apparently he had sucked her blood leaving her ‘mad.’ The day after, Nowell sent Demdike, Alizon Device, Chattox and Ann Redfearn to Lancaster Castle to await trial for witchcraft.

On Good Friday 1612, 20 people gathered at Malkin Tower, home of Demdike and the Devices and plotted to blow up Lancaster Castle, kill the keeper of the Castle and free the imprisoned women. By late April of the same year, an investigator was despatched to Malkin Tower. Human bones were unearthed, stolen from graves in Newchurch and a clay image was also discovered. Nowell sent for Jennet and James Device and their mother, Elizabeth, for questioning. James confessed to causing the death of Ann Towneley by slowly crumbling a clay image of her after she had accused him of stealing from her. Nine-year-old Jennet named the people who were at the Good Friday gathering, including Alice Nutter, a gentlewoman of Roughlee. Nowell sent the alleged witches to join those already at Lancaster Castle.

Demdike, meanwhile, had died in prison before the trial. On August 17th 1512, the trial opened at Lancaster Castle. The accused were not provided with a defence lawyer. Nowell produced Jennet as a witness and she gave evidence against her own family and other villagers. Elizabeth Device, her mother, was dragged from the court screaming at her daughter and issuing curses against Roger Nowell. Jennet’s evidence was tested by holding an identity parade in court at which Jennet identified Alice as one of those present at the Good Friday assemblage. Alizon Device fainted when she was confronted with the pedlar she was accused of making lame. When she was revived, she confessed her guilt. Chattox heard the evidence against her and asked God for forgiveness. She begged for her daughter, Ann Redfearn, to be shown mercy.

The judge found them all guilty and on August 20th, 1612 Chattox, Ann Redfearn, Elizabeth, James and Alizon Device, Katherine Hewitt, Alice Nutter were hanged in Lancaster Prison. Jane Bulcock and her son John were acquitted.

For more reading: Tomus Arcanum on the discovery of the Pendle Witches Cottage

I would love the chance to try this beer. I have never smoked dope, but the idea of the flavour intrigues me as much as I am intrigued by their fantastic artwork.

“This smooth amber ale uses toasted hemp seed to create a nutty flavor in the finish that compliments the rye and hops (a botanical cousin to hemp). The wide assortments of flavors harmonize, creating a uniquely smooth and flavorful beer.”

Fabulous engraved handles are among the many products if you visit their on-line store.

Barley wine should be served in a snifter

A barley wine typically reaches an alcohol strength of 8 to 12% by volume. It is called a barley wine because it can be as strong as wine; but since it is made from grain rather than fruit, it is, in fact, a beer.

Most barley wines range in colour from amber to deep reddish-browns, though until the introduction of Whitbread Gold Label in the 1950s, British barley wines were always dark in colour. All are rich and full-flavoured.

Barley Wine is a style that dates from the 18th and 19th centuries when England was often at war with France and it was the duty of patriots, usually from the upper classes, to drink ale rather than Claret.

When country houses had their own small breweries, it was often the task of the butler to brew ale that was drunk from cut-glass goblets at the dining table.

In many ways barley wine is the cognac of the beer world. It can be successful paired but it is truly meant to be savored alone.

Hops may be hardly noticeable at all or very noticeable. Sip them out of the special glass, that will concentrate the aroma. They are excellent with cigars or with dessert.

Check the ratings of different brands on Rate Beer