This is a reblog:

But first, we’ll need some bread.

Also, cheese, a sandwich press, some vodka and a martini glass.

37: tries it took a team of bartenders to successfully fuse vodka and grilled cheese.

24: hours that the sandwich is left to sit in a vat of vodka.

1: amount of times before tonight this has been served on American soil.

Link on Urban Daddy for the story

If life hands you lemons…

Do something with them!

Can be done with oranges and limes too.

An awesome painting by Shawn Kenny – 8in x 10in, acrylic on panel

Everybody has a hangover remedy.

At no other time of the year is this more important than New Year.

So, I bring you The Dr Henderson and other dangerous substances.

Feeling green around the gills from overindulging? This medicinal shot from Italy – and its variations – will sort you out

The Dr Henderson – a twist on the Fernet Branca. Photography: Jill Mead for the Guardian

In common with many people who work in the food world, I was introduced to Fernet Branca by Fergus Henderson, proprietor of the St John’s restaurant in London.

We were on a trip to Piedmont for the truffle season, organised by the chef and restaurateur Mitch Tonks. Accepting any invitation from Mitch requires a certain amount of stamina: I’ve received many pathetic hungover texts reading simply, “I’ve been Tonksed”. This trip was no exception. One participant described it as a “marine-style endurance test” of eating and drinking.

On day three, I emerged for breakfast distinctly green around the gills. Fergus pulled a bottle of brown, bitter liqueur from his pocket and poured me a shot. Fergus tends to use words sparingly because of his Parkinson’s disease, but he is one of the clearest communicators I have ever met. “Try it!” he urged, and with one hand traced the imminent internal journey of the drink – warming the throat, soothing the belly, bouncing back up and splashing over the liver. And then a shake of the whole body and a large satisfied smile. I downed the shot, and that is exactly what happened.

I have previously suggested in this column that there is no cure for a hangover. That may have been too pessimistic. If you’re feeling “Tonksed” after the Christmas blow-out, try any one of these Fernet-based cocktails. They will sort you right out.

Combine all the ingredients together in a cocktail shaker and pour into a glass over ice.

Simply combine and pour over ice. As drunk in Argentina.

I trust this leaves my followers and visitors fortified and ready for anything this New Year.

St Germain liqueur is made in France from the elderberry flower.

It is an unusual liqueur in that it has a myriad of citrus flavours, aromas and undertones.

Usually served straight, but can be mixed with champagne and dry or sparkling white wine but mixes well with most spirits and club soda.

It can be successfully used with fruit desserts.

For a range of cocktails see About.com

For cooking ideas, check The Nibble also many cocktail ideas, including the Mojito Pariisen.

Tips for the Barman…

Don’t overdo the garnish in cocktails.

When I was a kid, I had heard about Rose Hip Syrup, but I haven’t heard about it for years. Occasionally, things from the past bubble to the surface and make you wonder. Rose Hips did and sent me off  googling.

Rose Hips are the fruit of the rose bush. Most people don’t know that roses have fruit and seeds because they never see them. The rose bushes are pruned for more pretty flowers.

But I have seen the fruit of rose bushes and I never connected the two. 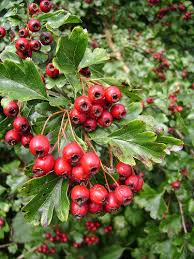 I did find out that Rose Hip Syrup is good because it has lots of Vitamin C.

You can use rose hips in all sorts of things, jams, jellies, sauces, soups and seasonings. Also rose hip tea.

Roses are related to apples, so it’s not surprising that rose hips look like little red apples.

You can find out much more on About.com

If you want to have a go at jam or jelly, check out: Simply Recipes there’s a great story, photos and recipes for both.

And of course the story wouldn’t be complete without knowing that there is also a liqueur made from rose hips.

But you may have to search for it.

Where there’s a liqueur, of course, there’s a cocktail. You can check out a recipe for the Pink Gin Fizz on Mint Demonde blog.