Found this on a rather irreverent boozology blog: Intoxicology Report

I thought that I was aware of all the ‘fizzes’, but it seems that an old dog can learn new tricks… ah, fizzes in this case. 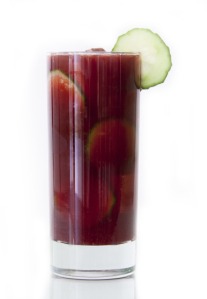 Add all ingredients except garnish sparkling water—club soda, seltzer, whatever.  Pour bubbles over all.

BTW, Intoxicology Report has been added to permanent links in the footers below.

Do they have beer in…

The White House has released details of one of its most closely guarded secrets – the recipe for President Barack Obama’s home-brewed honey ale.

Mr Obama has been enjoying the occasional brew in campaign breaks

The beer is believed to be the first-ever made at the White House.

The recipe was kept under wraps until 13,000 people signed an online petition demanding to know it, and someone even filed a freedom of information request.

Mr Obama has been taking the beer with him on the campaign trail, and is said to be known to offer it to voters.

For weeks, the White House had refused to comment on the recipe, but the secret was finally aired in a blog post entitled “Ale to the Chief”.

“With public excitement about White House beer fermenting such a buzz, we decided we better hop right to it,” says the White House’s assistant chef Sam Kass, who brews the ale.

Although Mr Kass is the brewer, the White House stressed that it was Mr Obama who bought the equipment and pays for the ingredients out of his own pocket.

There is also a video on how the beer is brewed. “God, that is one incredible beer, if I do say so myself. America I wish everyone could taste this but we don’t quite brew enough,” Sam Kass comments at one point.

The BBC’s Zoe Conway says cynics may say there is more than a bit of politics in the mix.

One of the oldest political cliches states that people vote for the person they would most like to have a beer with – and Mr Obama’s rival in the November election, Mitt Romney, a Mormon, does not drink.